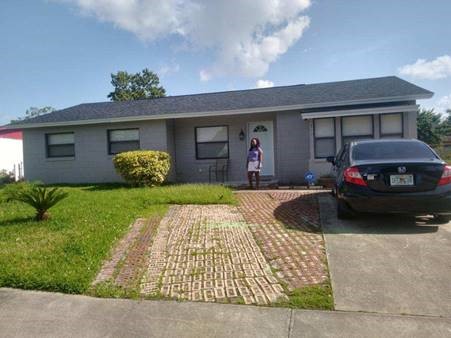 Amanda Sales aspired to many goals and was determined to meet them all despite the obstacles she faced. As a full-time employee with Universal Studios, she focused on increasing her income and becoming a supervisor. Although married, Amanda was also temporarily caring for her daughter on her own since her husband was going through the immigration process and was still out of the country.

Amanda’s primary goal was to become a homeowner. She was recruited to participate in the Resident Prosperity Program by RS Coordinators, Amanda attended workshops and coaching sessions that provided her with the road map and support she needed to succeed, including an RPP skill-building session that helped her secure a job promotion. Amanda’s daughter also participated in the ONIC Prodigy Cultural Art Program. As a member of RPP, RS coordinators also provided one on one assistance to her family, completing necessary documents for her husband immigration process.

Over the course of two years, Amanda worked very hard to meet her goals and achieved the following milestones; she became a supervisor and increase her salary by $6 per hour, she increased her credit score by 200 points, she significantly increased her savings, and she completed all requirements of the ONIC HFUW Resident Prosperity Program.

The family was reunited in July 2019 once the immigration process was complete, and upon her husband’s arrival in October 2019, they were able to work together and achieved their ultimate goal of homeownership. On August first, 2020 they moved to their new home.